Do you wonder how The law of attraction can be explained by quantum physics? I will try to explain it here but hold on, some things even the master’s physiologists have not to figure out yet how to explain.

But most of them agree that quantum physics is kind of magic. They can not explain it all but still sees that things are so much more than we know of. Some of these geniuses even say there must be a God.

You, as a person don´t have to believe in a God, it is enough to just believe in YOU. Keep reading and you understand why!

How this work is so confusing to me… but actually it makes so much sense when you start to think about everything around your self and how thing seems to happen sometimes.

I´m not a physicist but I really like to read these kinds of things because it fascinates me and I like to share this we more people so you also can get a hint of this magic world.

Think of one time in your life when you just felt like you could not explain what just happened. That was quantum physics.

If you take an atom and by magnifying glass, you will find protons, neutrons, and electrons.

If you ones again magnify it you will get smaller parts, they are also electrons and if you magnify one more time you will find even smaller electrons.

Electrons are BOTH electrons like a particle but also waves.

These electrons are acting differently depending on whether you observe it or not. When you don´t observe them they act like there where waws and use a so-called inferences pattern (waves) .

In the second you observe them it is called that the waws collapse and the electrons start to act as if they were particles.

Sound possible? it is! Read here if you don´t believe me: Wikipedia

This is not everything. It seems like these electrons can go where ever they want and trough things. For example; If you want to walk over a hill you first need to go up and then down on the other side.

These not observed electrons can, if they want to, take the short cut through the hill. This calls tunneling. Maybe the picture here can help you a bit but I know, confusing…

Do you want it even something even more confusing? They can also be at two places at the same time and collide with itself… yep..

More things that the physicist declare is that there is not just one time.

Also, they find out the small part of electrons can suddenly show up you just disappear in the next moment. No one knows why.

This is truly an exciting world!

There was this physicist called Schödinger how is very famous for his Cat experiment (which he never actually did). The experiment is this., Put a cat in a sealed box with something that would by 50% chance kill the cat within an hour.

By the time you should open the box you don´t know if the cat is dead or alive. But schödinger pointed out that because of how quantum physics work the cat is not either or, it is both at the same time.

Only when you open the box the cat is either dead OR alive.

The first one thought that the cat did the decision when he opened the box but physicist comes to realize it is the observer that makes the decision whether the cat is dead or alive. You decide what happens around you.

Can you all really see why the law of attraction and quantum physics fit so good together?

Law of attraction says that you want you to think and that if you believe enough it will just go your way. The universe will guide you.

Since you are made up by electrons you also vibrate as they do. You are a part of everything around you. You are connected to everything.

If you really start to think of this you will realize that you really become what you think and that you should be really careful about it.

Important!! It is not that you just have to think about it once. Your whole body has to think about it too. But remember all the things that you learned from your childhood. Do you see these as truth? Well, then the words someone told you a lot of times become your reality. This is called the paradigm. You unconsciousness, subconsciousness… you name it.

So when you say something a lot of time to your self that will be your reality.

Good news! You can change it. Just decide what you want to change and start to implement this is you through every single day and sooner or later it will become your new truth. Trust me, it works!

What can you do?

You can do a lot to get what you want in your life! Start by going to nice places in your life and things will just become better.

If you are sad, try to find that small thing that changes your mood. If you continue to try to solve your problem you will have more of the problems.

If you are angry, take a deep breath. and take one more, and one more until you are able to solve whatever problem you have without emotions but with facts.

If you feel good, keep that feeling 🙂 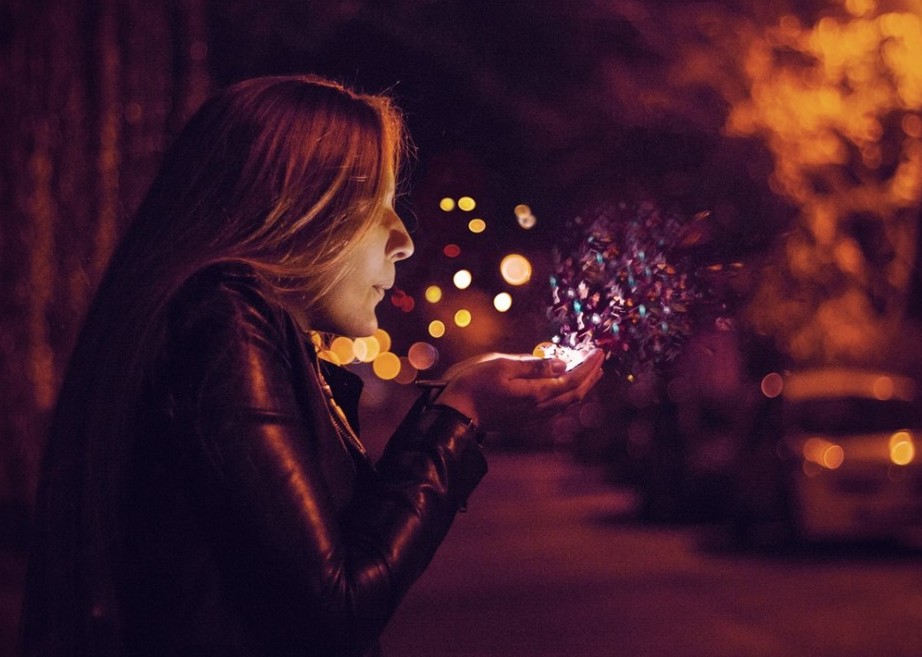 You can bring out really everything and enjoy so much. When You start to witch it as magic you will see that it is really fun! And every time something seems to go the wrong idea you can laugh about it instead.

Also, you can try to think different, you can act differently and maybe some unexpected thing came out of that. Something really good that would not be there if you did not try that different thing. life is magical if you allow it to be.

Maybe we don´t know everything yet…

…but the proof that it is working are many!

Keep this in mind and try by small steps and you will be surprised what you will discover.

Do you want to add something to understand the quantum physics better of do you want to share your story, please give a comment!

Wish you a magical day!